“Dustin brings an engineering background that makes him a natural fit to the property section of our subrogation practice,” noted partner Glenna Roberts.

Dustin is a 2014 graduate of Cleveland Marshall College of Law and a 2010 graduate of the engineering program at the Ohio State University. At Ohio State he obtained his bachelor degree in Aeronautical and Astronautical Engineering. He was a member of the university’s freshman Engineering Honors Program.

At Cleveland State, he worked as an assistant to an associate dean, doing academic research with the Commercial Space Transportation Advisory Committee. Dustin also worked as an intern in the Marietta (Ohio) Municipal Court.

Dustin’s unique background in both the legal and engineering fields, and desire to pursue a legal career in the insurance subrogation field make him a valuable addition to RMI’s growing practice.

Since joining the firm in July, he has been quite active on property losses including sitting second chair on a $651,355.00 verdict in September, participating in several scene and forensic lab investigations, and depositions.

RMI for over a quarter century has represented insurers in Ohio on property, automobile, health care and workers compensation subrogation claims throughout Ohio. The firm through its history has obtained significant recoveries on subrogated losses. 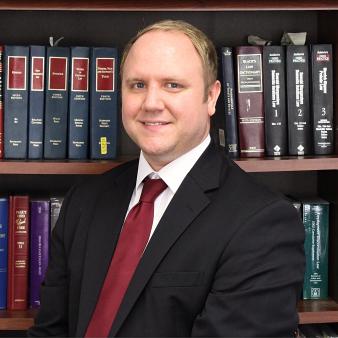