EXPANSIONS AND SETTLEMENTS AT RMI! 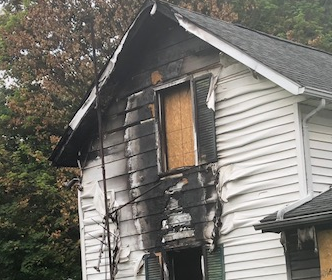 The past months at RMI were highlighted by expansion of the firm's property practice into Indiana, significant settlements, and new personnel in our auto division. RMI highlights:

At the request of multiple clients, RMI expanded its coverage area this year to include property losses in the State of Indiana. RMI kicked off the Indiana expansion with a $145,000 water loss settlement involving a construction defect case. "The move into Indiana made perfect sense. Many of the experts utilized in Indiana have had a relationship with RMI for years," noted RMI managing partner Glenna Roberts. 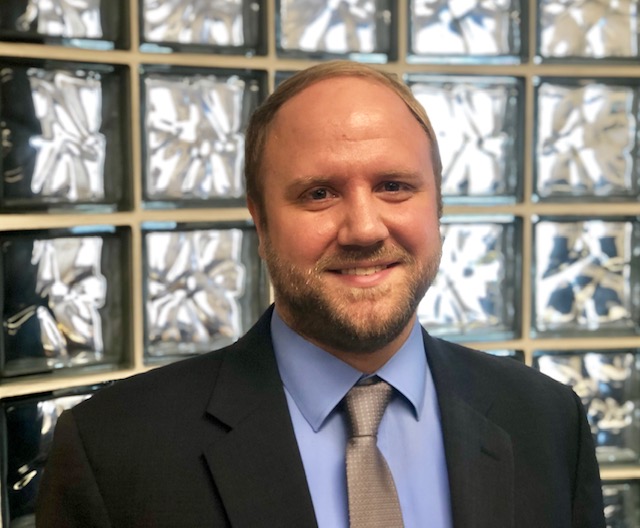 ​On the legal side, RMI Attorney Dustin Smith, licensed in Indiana and Ohio, serves as the firm's contact for large losses in Indiana. Dustin's unique background in the legal, engineering and construction fields makes him an important asset to our firm and clients.

With the expansion to Indiana, clients can expect the same excellent service and results RMI has obtained for decades on property losses.

RMI's property division continued its rapid pace of settlements over the past few months. 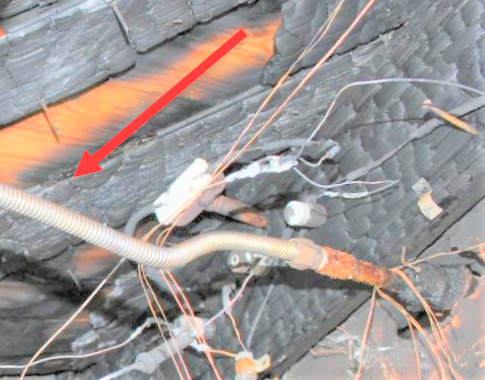 Included in the numerous summer recoveries were two electrical fire settlements, which combined were in excess of $310,000.00. Both losses had very similar work deviations contrary to the National Electric Code. RMI was brought in immediately at the time of the fires, visited the loss sites, coordinated the use of proper experts, attended the joint scene and forensic lab examinations. A detailed theory of liability was presented and both matters resolved. 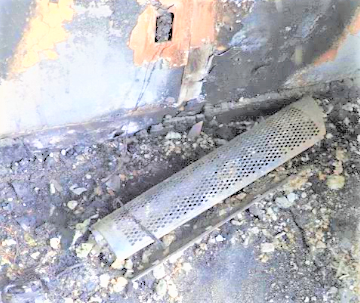 Included in our product liability settlements were two cases involving products  manufactured overseas resulting in recoveries totaling $345,000.00.  From the outset, the US supplier asserted that they were a passive seller with no liability. RMI was able to avoid the obstacles of the Hague Convention. One matter involved the successful legal argument by RMI that the supplier was liable under Ohio's product liability act, since the supplier had furnished the design and marketed the product under its own trademark. 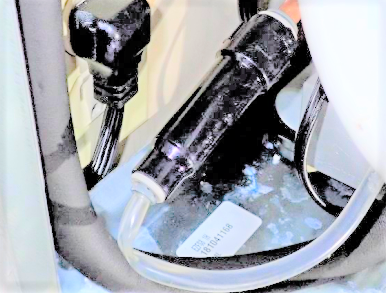 RMI over the past five months recovered in excess of $500,000.00 on water related plumbing and appliance water losses. Products involved in the resolved cases included water fountain/coolers, dishwashers, defective hoses and connections. Several of the claims involved commercial properties.  Many of the settlements involved installation errors, violation of the plumbing code and defective products.

RMI's auto division continues to grow. The summer was highlighted by a six digit recovery on an underinsured claim. The loss involved complicated legal and factual issues as they related to coverage, agency and joint venture.

RMI this year invested in an upgrade to its auto software program. The firm has continually updated its IT to keep abreast with with the ever changing landscape of the law and auto subrogation. RMI also added two new employees to the auto subrogation unit. Five legal assistants now provide support to this integral part of RMI. The auto unit additions followed RMI's overall state of the art office expansion at the firm's Seville, Ohio headquarters.

This month the National Association of Subrogation Professionals will hold its 21st Annual Conference in Washington, DC. RMI Attorney Amanda Martanovic was selected as an Auto Subrogation Track Leader for the conference. She has been a presenter at two past conventions in the auto subrogation track. Amanda heads the Automobile Subrogation Division at RMI. RMI congratulates Amanda on her selection!

HEALTH CARE SUBRO...MEDIATIONS & SETTLEMENTS MADE FOR A BUSY SUMMER!

The summer months included a large number of mediations and settlements involving standard plans, FEHBA, Medicare Advantage and self-insured plans. In the past few months, significant five digit settlements on health care files were reached throughout Ohio.  RMI continues to be a first call from our health care clients named as a party in litigation involving injured plan participants. RMI responds with immediate attention, filing answers, intervenor complaints and appearances. The firm ensures our client's interests as to payments subject to subrogation are protected and recoveries maximized.

The Health Care Division of RMI is headed by Tim Ita.

Once again, RMI was pleased this past June to co-sponsor a live burn seminar "Burn it – to Learn it!" at the Norwich Township Fire Department in Hilliard, Ohio.

Approximately 150 representatives from the insurance industry (including subrogation units, adjusters and in-house counsel), agents, property managers, and a host of government fire officials and fire fighters from Ohio attended the June event. 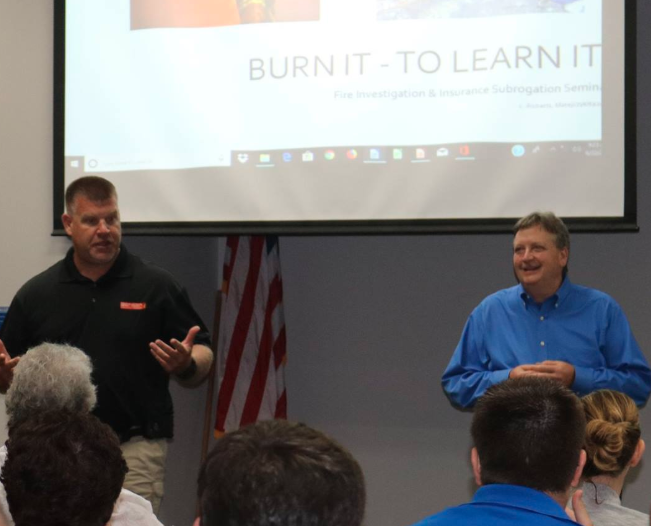 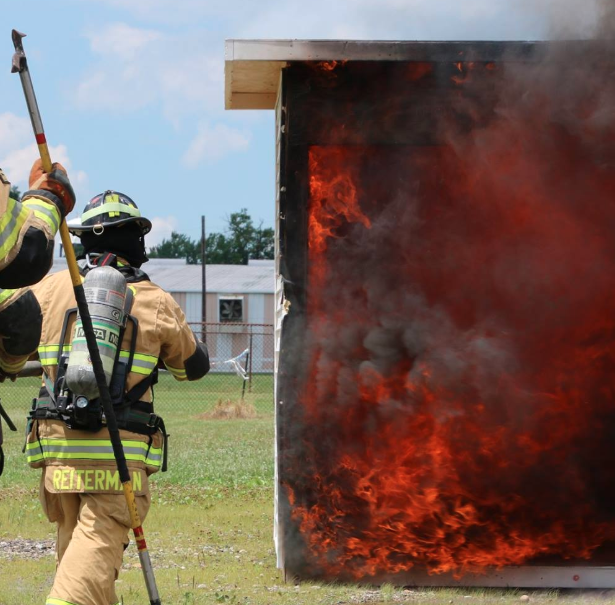 ​After a barbecue lunch, participants went to the adjacent property where two building pods had been constructed by Thompson.  After ignition of the units, a controlled burn occurred followed by the fires being extinguished by the Norwich Township Fire Department.

Participants then were shown how a fire investigator and other experts determine origin and causation through analysis of burn patterns and evidence.  One pod involved a fire caused by a lithium battery failure.  The fire involved a questionable fire caused by either a product or unattended cooking. 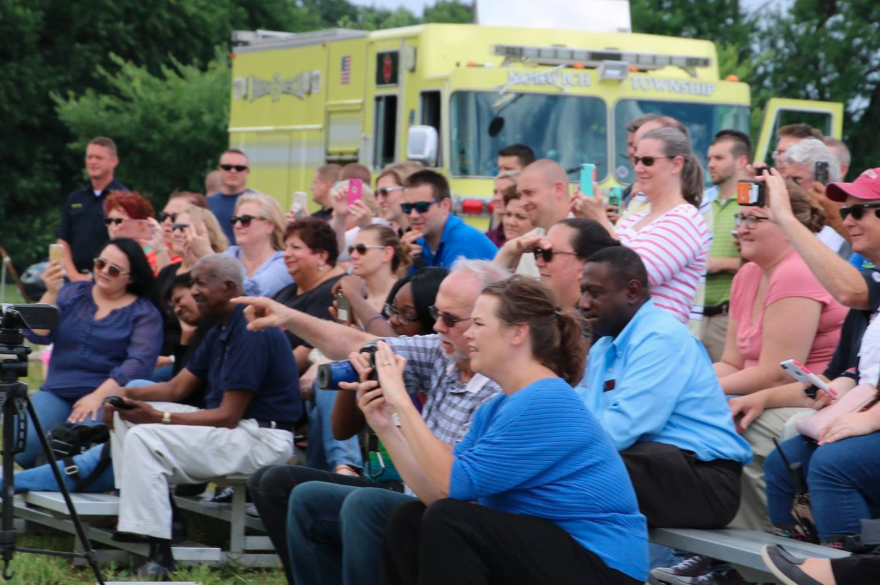